What counts as a real wedding these days? Should there be dozens of guests to witness the occasion? Or is an elopement enough to validate a couple’s commitment to one another?

In practice, Cat Ekkelboom-White of Wild Connections Photography says it should never be that complicated. Whether it’s an elopement, courthouse, or chapel-size wedding, a couple’s marriage day is the day they choose to celebrate it. That belief clashes with some industry standards, but her stance is intriguing: If industry gatekeepers embraced all wedding types, they’d be celebrated limitlessly.

In this month’s From the Industry submission, Cat asks for more wedding day inclusion. She shines a light on the couples who are left out – LBGTQ+, some religious practitioners, and elopers – when only legal weddings are celebrated. Read her thoughtful letter below, then tell us: Should most weddings be deemed legitimate? 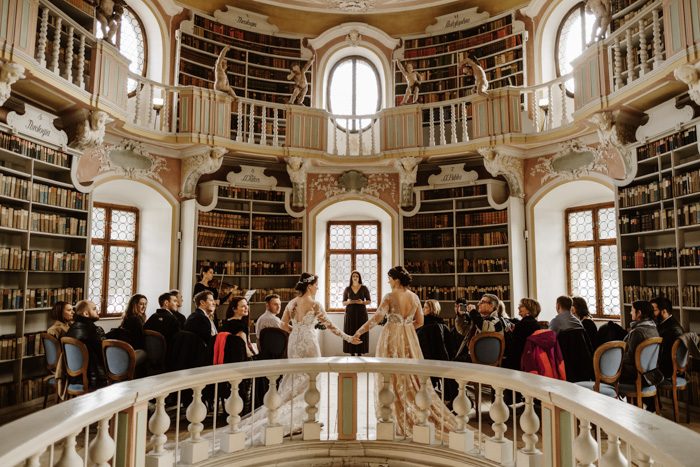 [Cat Ekkelboom-White]: In 2019 I was nominated for a pretty awesome industry award for wedding photography. Being the stickler for rules, I read them carefully and asked for some clarification about what their definition of a wedding day was.

You see, I’m primarily an elopement photographer. I work with couples who decide to celebrate getting married in a way that’s different to what is still considered to be “the norm”. And it got me thinking. How do we, and how should we as wedding professionals, define what is and what isn’t someone’s wedding day?

During these discussions with the award organizers, I realized that so many people in the wedding industry don’t see elopements as real weddings, but they will accept a symbolic commitment ceremony as one, simply because of the number of people who are there to witness it. In regard to this particular award, their comments to me were, “We all know two people standing on a mountain reading letters to one another isn’t a wedding day. It’s a portrait session in wedding clothes.” They went on to clarify that their definition of a wedding is when a couple becomes legally married.

Here’s the problem I have with that definition of a wedding day. Not all countries are as forward-thinking as in the U.S.A, where many states allow couples to get legally married in a number of ways. If we take only the definition of a wedding day as a day where a legal marriage ceremony takes place, it actually excludes a hell of a lot of people.

I want to explore that for a moment, and think about a few reasons why I think this view is problematic:

LBGTQ+ couples are not legally entitled to marry in every country, so they may have no other option than to do their legal paperwork in a different country (and on a different day).

Religious weddings are legal in some countries, but not in others. And in many countries that do recognize religious ceremonies as legal, it’s not for every religion.

Many destination weddings are also not legally binding ceremonies because not all countries allow non-residents to marry there. And even for the ones that do, the process can be quite stressful and expensive, so a lot of couples choose to have a symbolic ceremony instead.

And then there are elopements, where there might not be anyone else but the couple and their photographer. There are some states in the U.S.A. where this type of wedding is legally binding, but for many couples who opt to elope, the legal part of their wedding is completely separate.

I also once photographed an elopement for a couple where the groom was stationed overseas in the military and their legal wedding took place during a three-way Skype conference call with the courthouse. The couple wasn’t even in the same country as each other on the day they got legally married!

The point I want to make is this. There are so many different ways that couples can choose to get married. From intimate, two-person elopements to elaborate multi-day, multi-cultural celebrations. 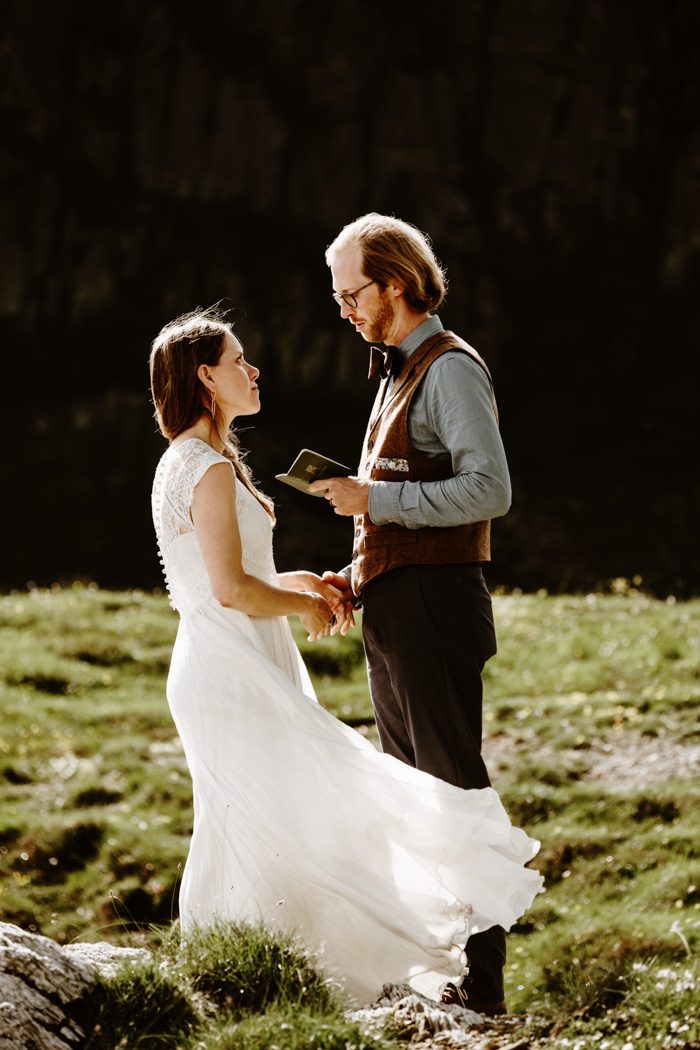 Should we, as wedding industry professionals put more value on certain types of celebrations than others? Is it up to us to decide what type of wedding day can be classed as a “legitimate wedding”? And is the only important part of getting married the legal aspect of it?

Maybe they are eloping and only having an intimate vow ceremony. The emotions are real. Maybe they are having a religious ceremony and wanting don’t believe their marriage has started until it has been blessed by their God. Just because a legal contract wasn’t signed, it doesn’t make their day, the promises that they are making to each other, or their commitment any less real to them.

Let’s cast aside some of our outdated views and start celebrating this amazing diversity in the different ways people can get married within this wonderful industry that celebrates love.