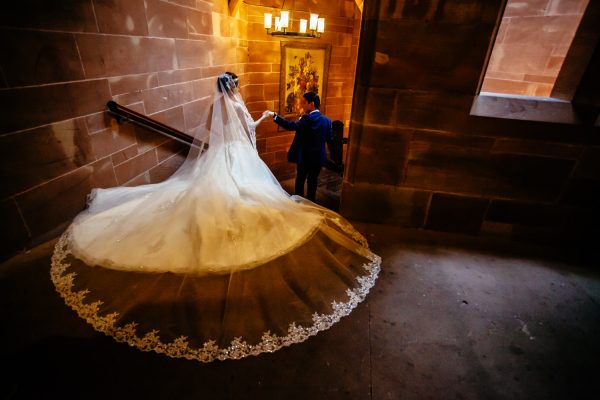 When Our Egos Get Too Loud

A discussion between some friends caught my attention recently; it was one about on-site wedding coordinators and their apparently universal disdain for wedding photographers. The tales varied from coordinators controlling access to the couple to photographers being told to drink from the tap in the toilet. Suffice to say, each of us in the group felt that we had been pre-judged by the coordinators, and their assumptions about us had impacted the way we were able to perform to varying degrees.

The wedding industry is an odd world, to say the least. It seems there’s a preoccupation with what everybody else is doing. In our early years, we did what most new businesses in the wedding world do: we went to wedding fairs. From the moment we set up our makeshift stand at our first fair, we felt like we were in a parody documentary. Photographers we had never heard of would glare across the exhibition hall, or bring their albums over to show us, watching us with their chests puffed out, waiting expectantly for our admiration. We were questioned, our work examined and our credentials quizzed. Fresh out of university, with only a short time in business, we came away feeling the need to stay away from other wedding photographers for as long as possible.

During the same week as the discussion about unhelpful coordinators, I heard from a couple that the vicar for their wedding had told them there was to be no photography during the service. I asked the couple if they would mind me contacting him, just to introduce our business to him and do my best to change his mind. I knew exactly why he didn’t want photography during the ceremony, and neither Verity nor myself blamed him for this attitude at all. Rather than call him out of the blue, I sent a detailed email explaining how we work and that the only reason we were pushing him to allow some photos is that we feel it is an incredibly important moment for the couple to be able to look back on.

Coordinators and clergy aren’t the only ones who have been know to beef with photographers. There has been a video circulating for some time of a videographer and photographer at a Russian wedding. A fight between videographer and photographer ensues. Broadcast cameras thrown around, bride and groom perplexed. It’s pretty nuts. There is some kind of ongoing feud between photographers and videographers, isn’t there? It’s a bit of a skiers/snowboarders, mountain bikers/road bikers, Canon/Nikon type thing. It seems so ridiculous that people so similar should bicker, if they both share a passion, be it snow, bikes, or cameras. Yet, each claims their preference has some superiority. Every photographer seems to have some horror story of a nightmare videographer, ourselves included. It’s the kind of ongoing feud born of nothing more than fear. Fear that they will outshine us, or get the perfect angle while we’re scrambling to find the next best place to stand. Unfounded fear that they will somehow impair our ability as photographers. 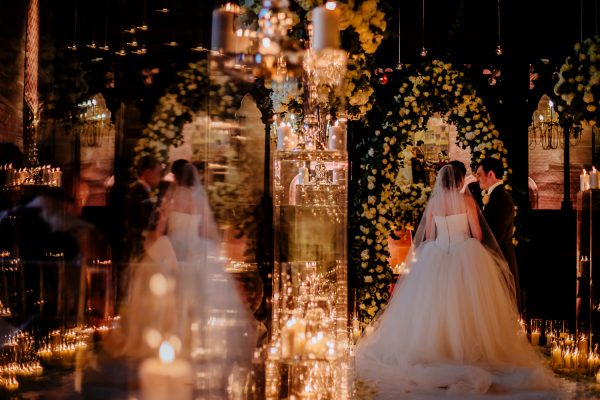 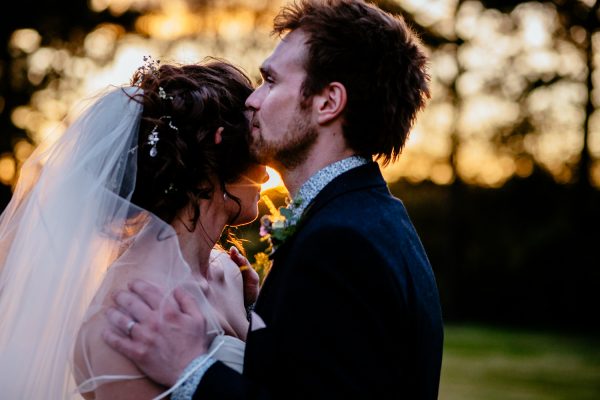 Our personal attitude towards videographers has changed drastically in our time as photographers, and I wish I could say that the change was a conscious decision. The change, for us, came through encountering some of the best videographers out there. There are two companies we have worked with whose work we love, and are whom we now consider some of our best friends. None of that would have been possible if they carried the same egos that we once did.

Out of the blue, we received a message on our Facebook from a husband and wife videography team saying how much they liked our work. It didn’t take much investigating to see that these guys were the real deal — a portfolio full of incredible weddings and a following that eclipsed our own. Despite this, they had taken the time to reach out and share their appreciation for what we do, without an ounce of condescension or ego. It made us realise that we had developed exactly the same kind of ego as those photographers we encountered at the wedding fairs. It dawned on us that 99% of the time the videographers we had worked with in the past had been fantastic and it was a few bad experiences that had shaped our opinion of them as a whole.

That was when we decided that we would make a conscious effort to treat everyone at a wedding as though it was our first time working with that type of supplier. We would introduce ourselves with a smile and ask if there was anything we needed to know or do to help them do their job without us getting in the way. We dropped the ego. 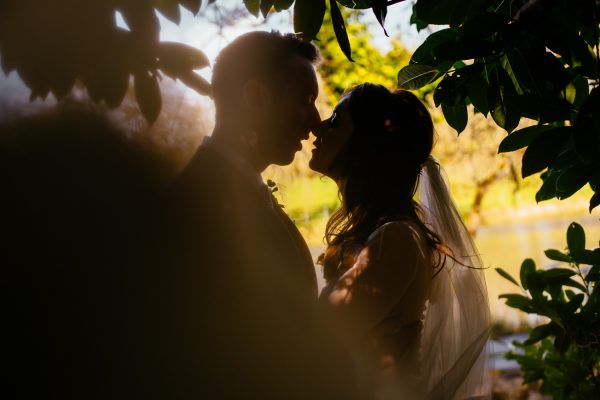 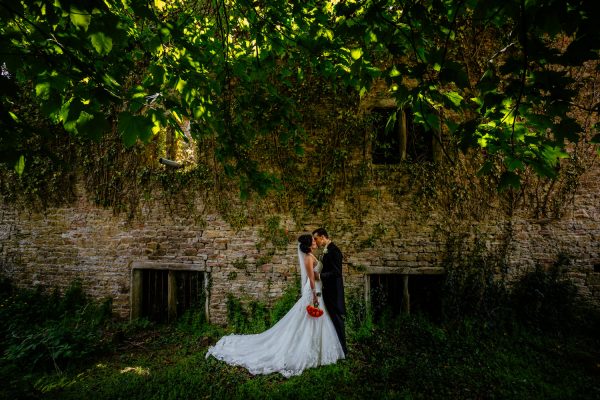 Working Together in Harmony

In many ways, that change fundamentally altered the trajectory or our business. Videographers became an extra pair of eyes, giving us a heads up if there was something particularly awesome happening, or a nice reflection we hadn’t noticed. When they had the “best” angle, we were impressed, not frustrated, and worked to find the angle neither of us had thought of yet. Coordinators were helpful and eager to share our images on social media. Vicars and officiants seemed more flexible, often allowing us far more freedom than we expected.

Sure, every now and again we would encounter an unhelpful supplier and, to their immense frustration, we would be as nice as possible, rebuffing their attempts to start an argument and getting on with our day. Sometimes they would change and become a helpful supplier, other times they moved on to a new mark, someone else to be annoyed at. Each time, we noticed that it wasn’t just suppliers isolated themselves from, but the guests as well. All of those potential referrals down the pan then. 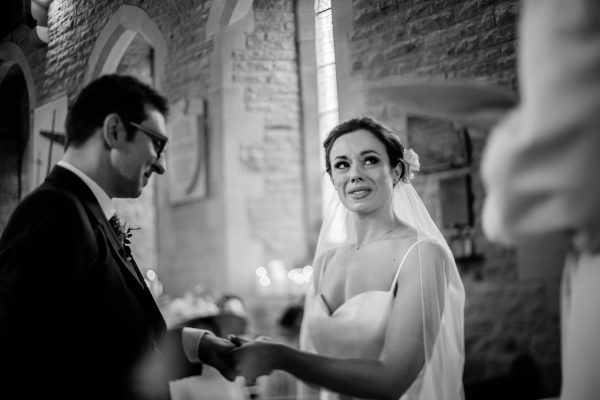 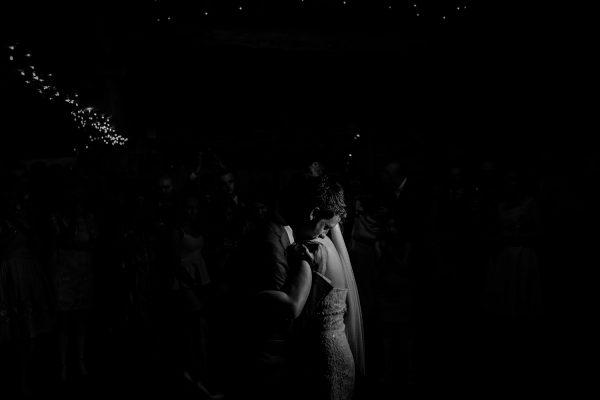 Finding the Right Note with Your Clients

From telling them to “shove it” to talk of the photographer cancelling altogether, they were the kind of comments that made me feel downright embarrassed to be a wedding photographer. Over 30 replies and only two people recommended that the photographer just get the shot. Delving deeper into each of the commenters was more eye opening than the responses themselves. The photographers on the “don’t shoot it” camp were, in the most part, fairly new to the industry with lesser established businesses, while the ones who had recommended getting the shot had established and successful businesses.

The photographers who were the most open to getting shots they didn’t like were the ones who had realised that the brides and grooms we work for are our clients. As wedding photographers, we are all, to some degree at least, commercial photographers. We are there to do a job for the clients. You see, while to us it may just be another set of images, to each and every couple we all work for it is the most important set of images they will ever commission. Shooting images that we don’t like takes just a few minutes of our time and we walk away with another pair of happy clients (and the referrals that go along with that). 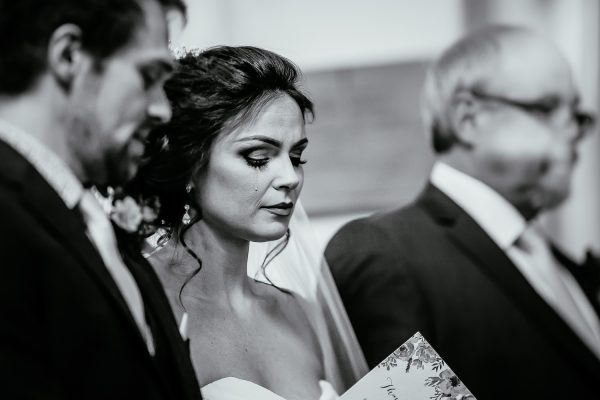 The Sound of Reason

During the situation with the vicar, we happened to have lunch with a few videographer friends. They told us about a photo they had seen on Facebook where the photographer had used the caption to brag about shooting from the alter to get the shot, even though he had been told not to by the vicar. I’m sure the shot was lovely, and I’m sure there’s a chance they will even get an award for it, but there’s an even higher likelihood that the vicar will think twice before allowing another photographer to take photo. It’s not so tough to see why some officiants, coordinators and other vendors pre-judge us all is it?

“But I will stand still”

“The last photographer said that too!”

Between all of the awards and incredible images we see every day, it seems like we’re losing track of what’s really important. Striving for the best shot is fantastic, but not at any cost. If everyone continues to stretch the rules and push the boundaries of what we can get away with, the negative attitudes directed towards us will only get worse.

A few days after my email to the vicar, I got a response that was largely positive. We arranged a time to speak and I was able to allay his fears and assure him that we would be responsible and respectful. We might not be five inches from the vicar, jumping on the first sign of a tear in hopes that the shot will get some award, but the couple will be able to remember that important moment forever. The shot below is one that we did get, to us – and the couple – it’s more than worth the lengths we went to to allay the vicars fears. 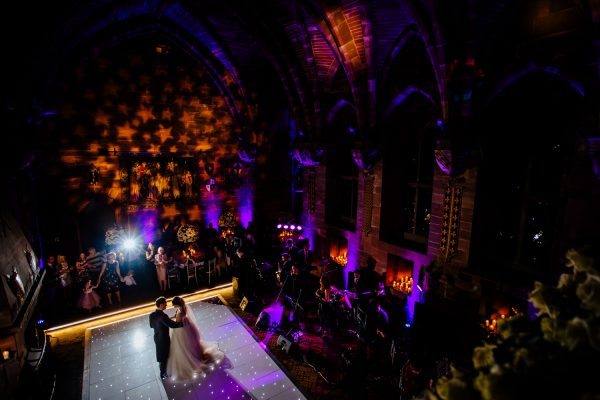 When we drop the ego, we humble ourselves to the suppliers we are working with, as well as the people we are photographing. They judge us on who we are as people, not the job that we are there to do. By sacrificing the occasional awesome angle, we are able to get better shots throughout the entirety of the day.

Drop the ego and good things will happen. I promise. 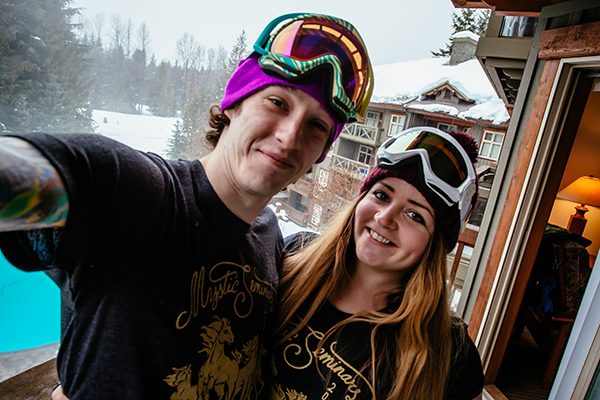 We are Chris and Verity Sansom and together we run our wedding photography businessSansom Photography as well as our mentoring/teaching business ‘Work it Out’ (Launching soon). Over the last 5 years we have shot more than 240 weddings and we’re honoured to have received such awards as Junebug Best Of the Best (Weddings and Engagements 2015) and have been named as two of Rangefinder Magazine’s ‘Rising Stars of Wedding Photography’ 2015. We’ll also be speaking at the incredible Mystic Seminars 2017 as well as the Wedding Photography Select conference 2016.

We live in Yorkshire, England with our two cats called Ponyo and Angel as well as an energetic black Labrador called Kaya. We love exploring the countryside with our cameras and Chris was a finalist in Season 2 of Ninja Warrior UK. He’s working hard for series 3 already!